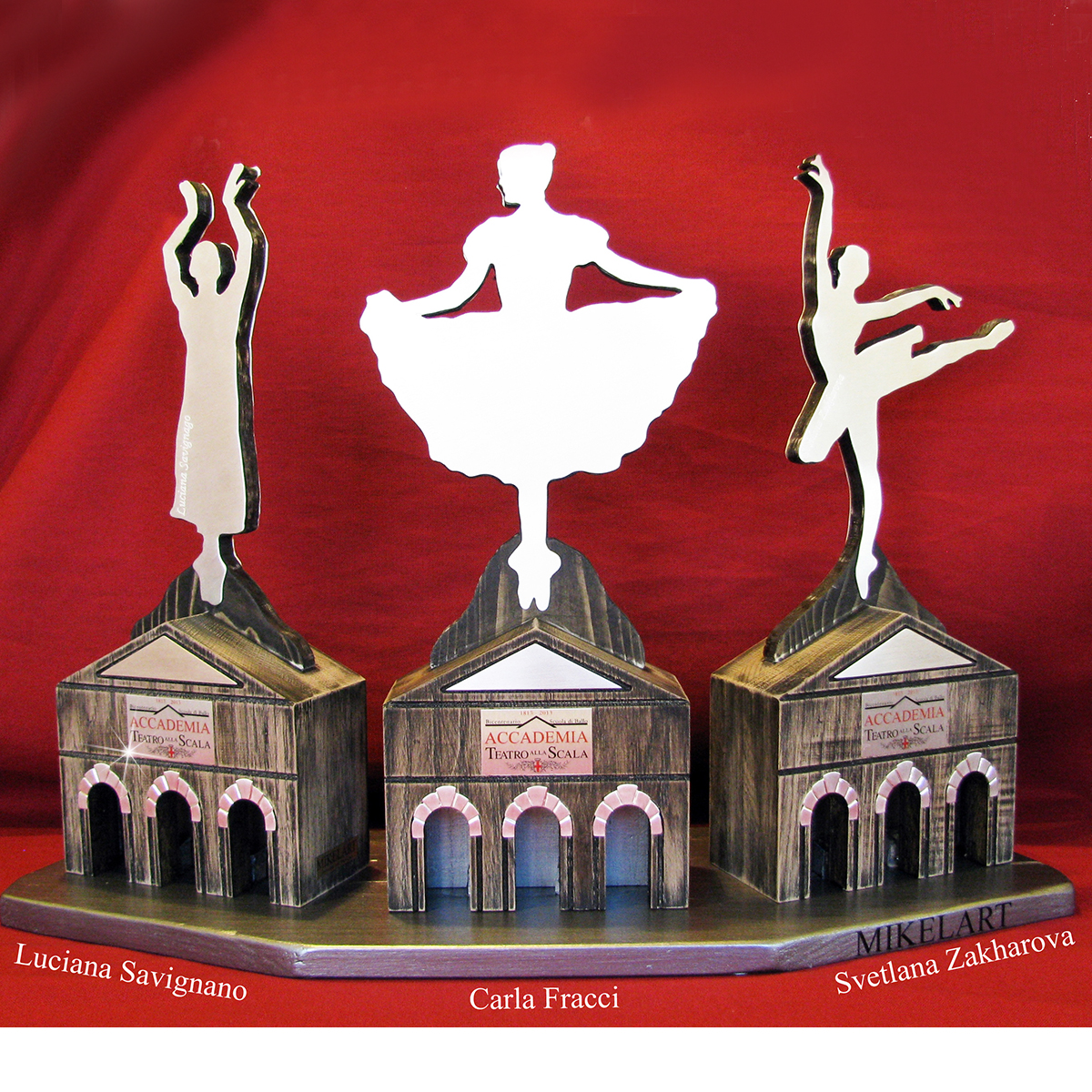 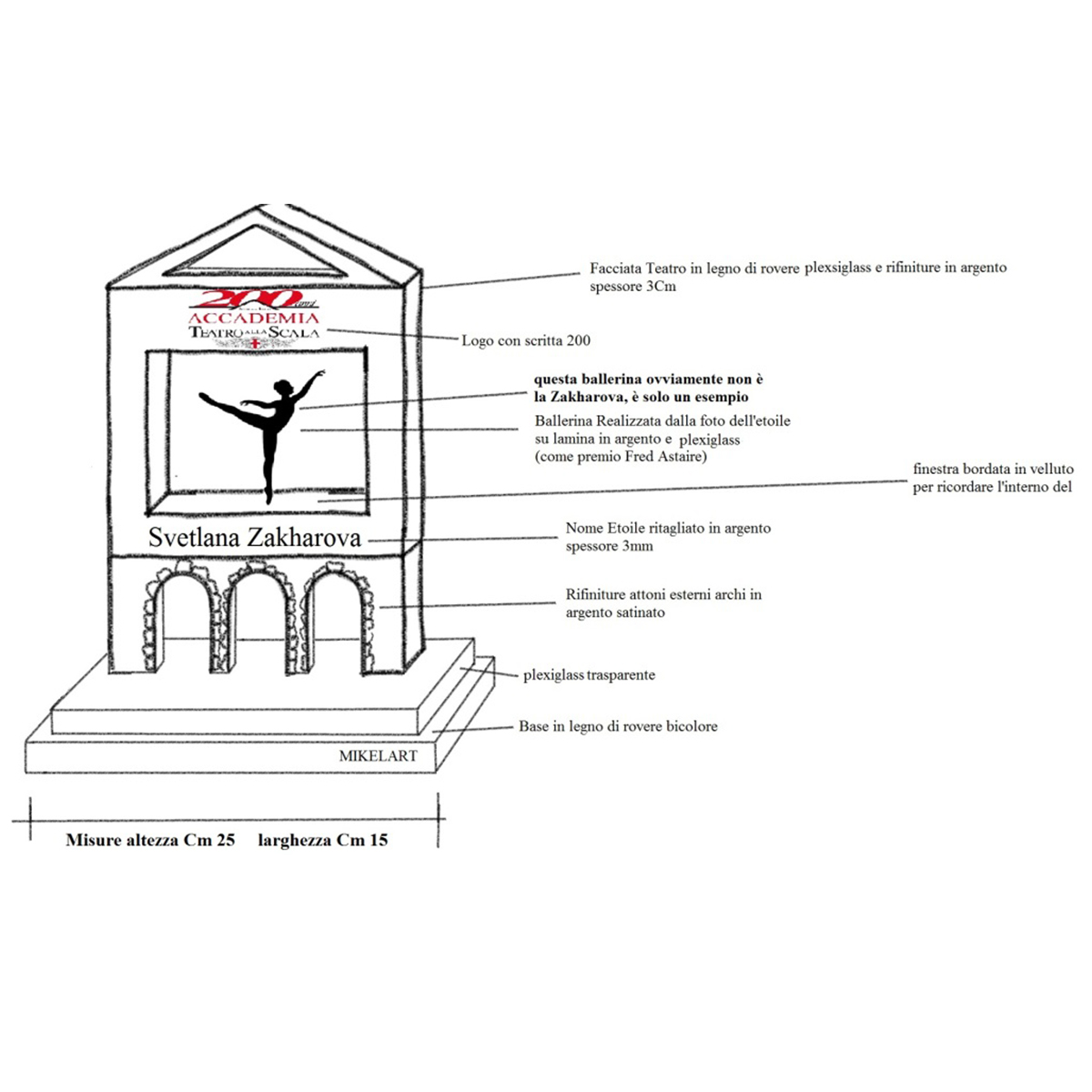 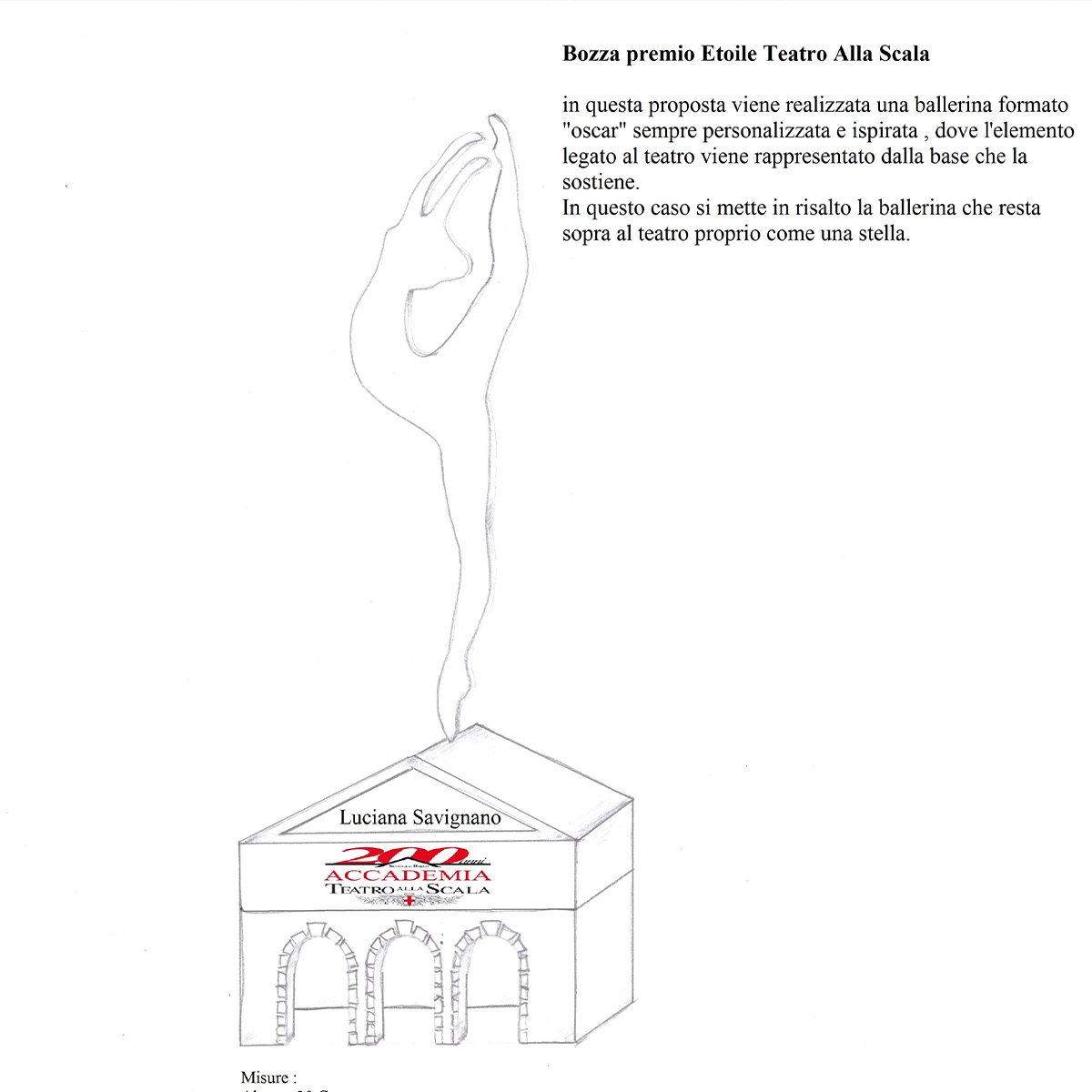 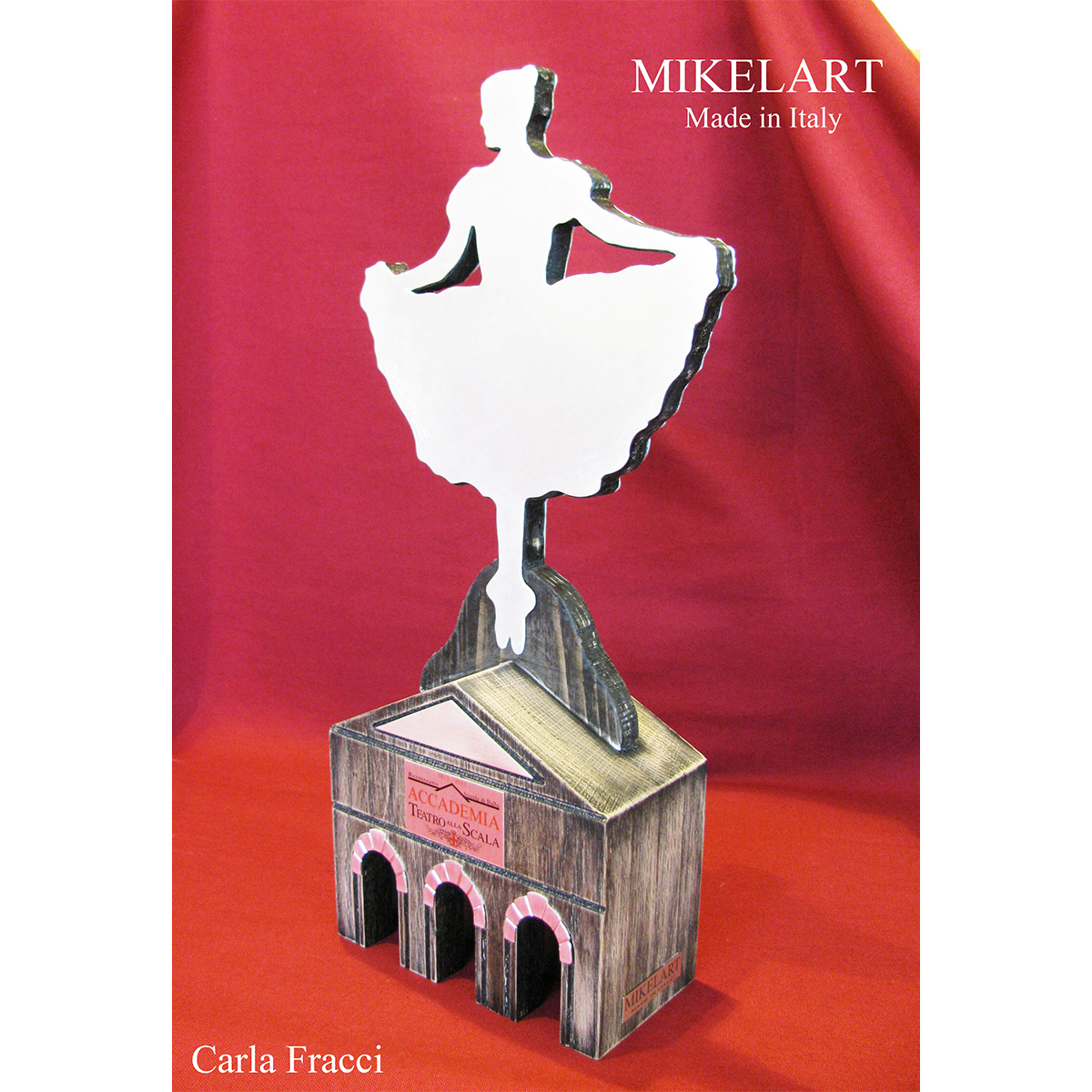 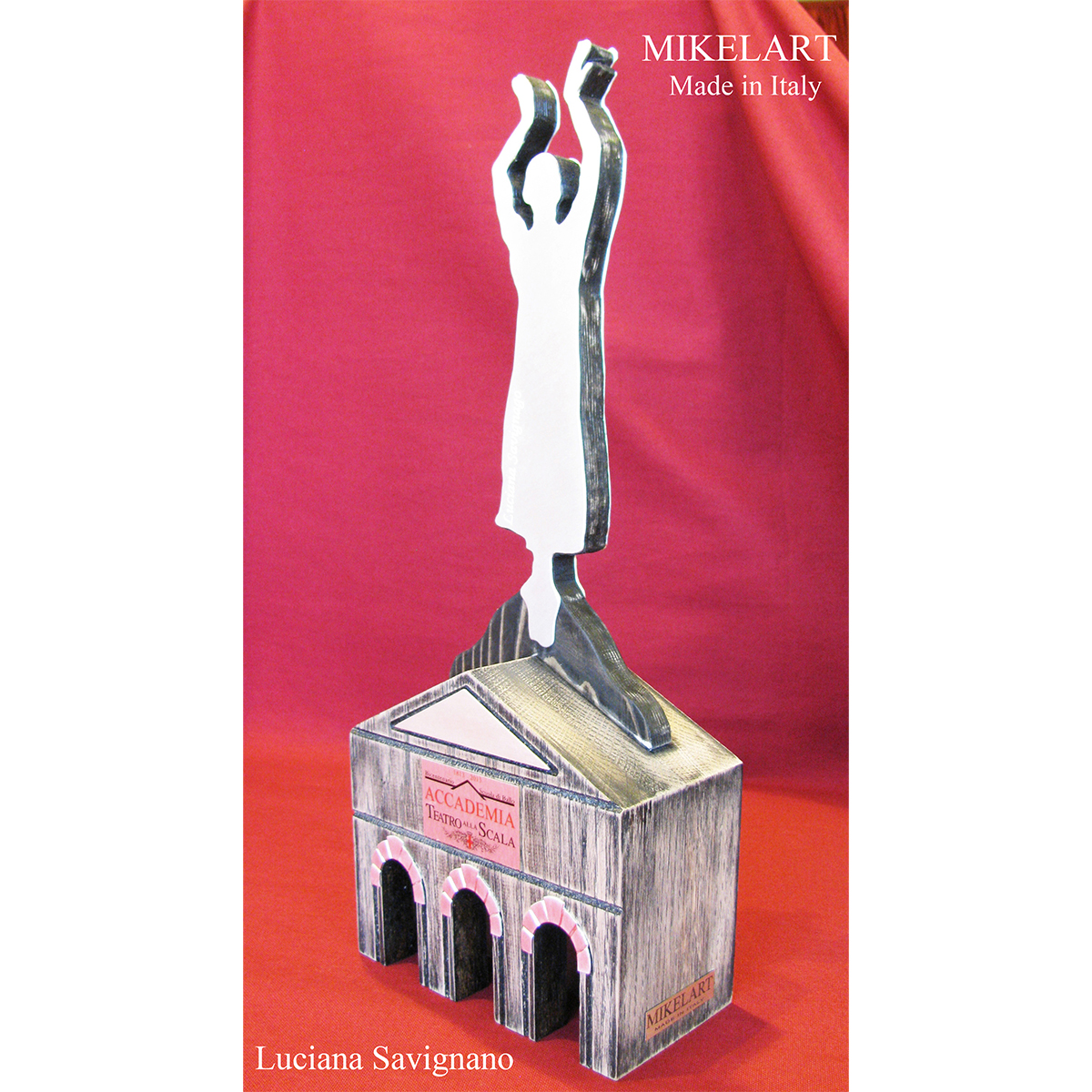 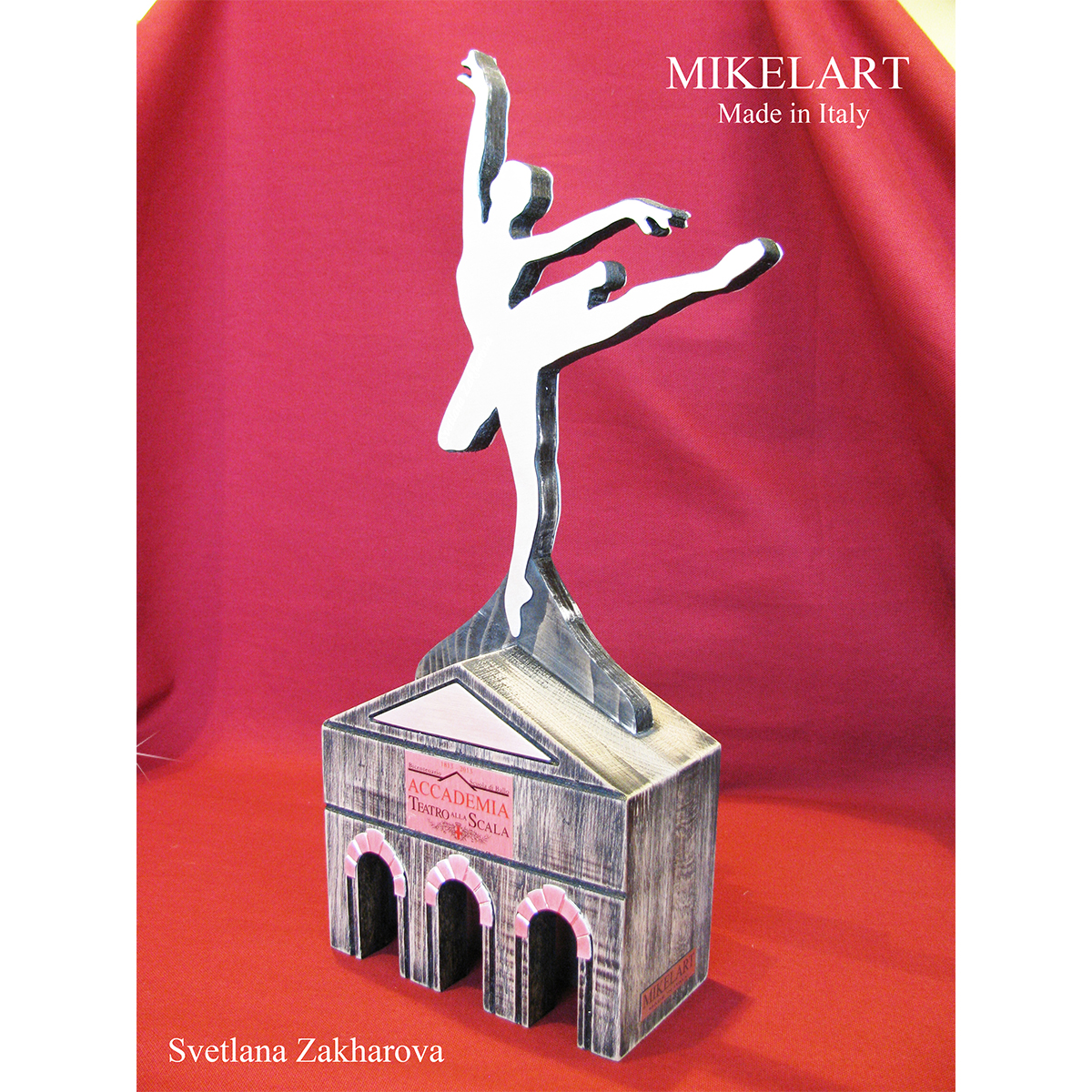 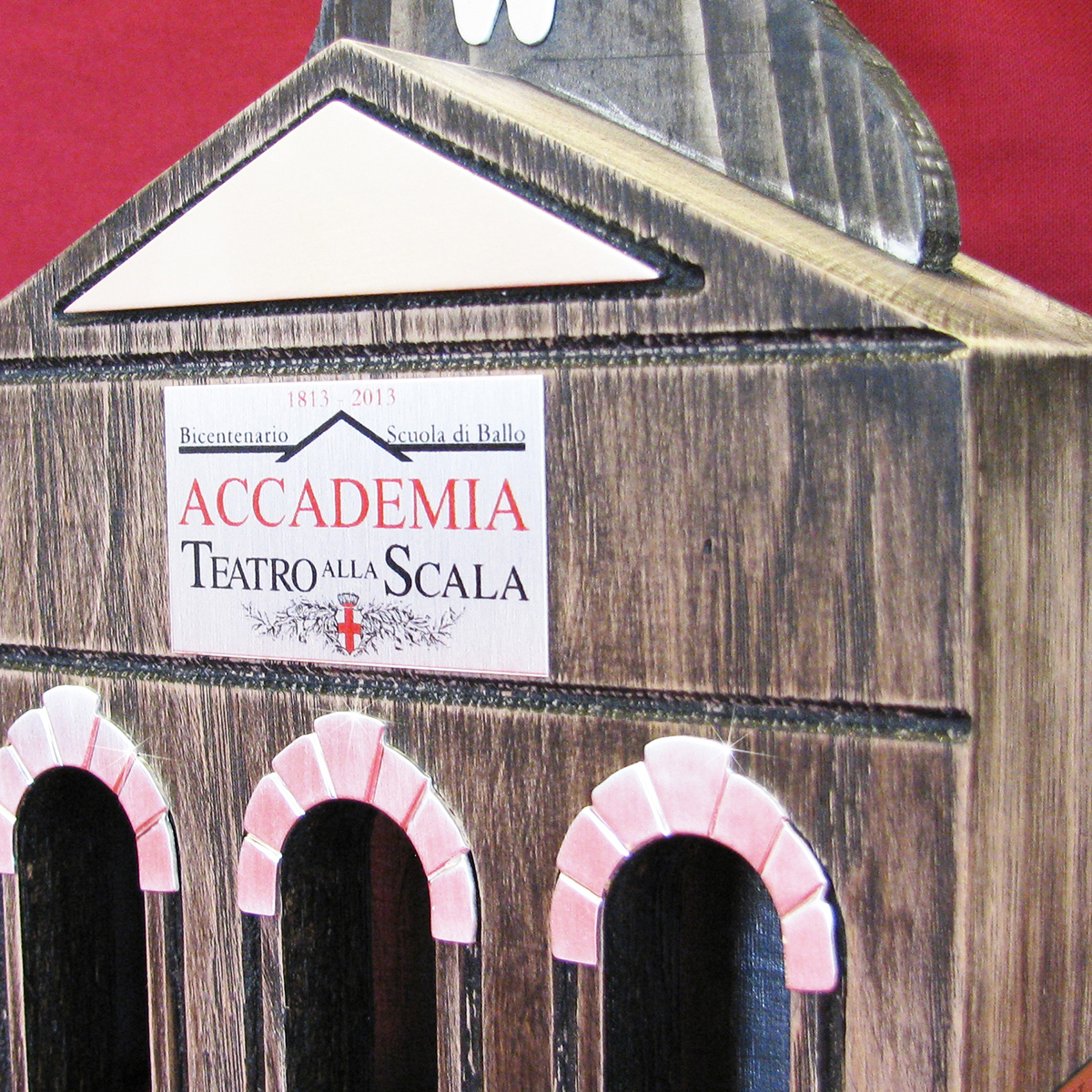 The awards are made of wood and silver, the base is inspired by the Teatro Alla Scala and its distinctive architectural elements, on it rests the roof and on the highest part the silhouette of the etoile in his most significant dance pose, in perfect balance the theater and its first dancer.